Hands up anyone who suffers self-doubt, anxiety over something not being good enough, fear of mockery and ridicule, or a terror of starting something up and losing hard-earned money because it might not work?

OK, so that's most of us then, even if we don't suffer them all at once or all of the time.

I overheard a colleague last week lament that business is fast becoming a 'young man's game' and that he felt he was too old to keep pace with all the changes happening around us. (He's 35 by the way, recognised internally as being someone very bright and progressive, and, by the way, hardly ancient!)

It's one of those comments that you smile about at the time, but that comes back to needle you when you next recall it.

True, the way we do business today is markedly different to when I started out my career 20 years ago. But I haven't spent the last 20 years doing the same things that I did 20 years ago, in any aspect of my life. My life and my career has jumped all over the place and I count myself the (mentally) richer for it.

His career, by contrast, has followed a very set and traditional track: successfully climbing the hierarchical corporate ladder, loudly applauded by the number of times he has done the same type of work for the same type of highly desirable clients and got the same great results.

I've often envied his stable and very well-paid career, his apparently clear sense of self-worth and certainty that what awaited him the next working day would be something that he would be capable of handling competently. So it was somewhat unnerving to hear him confess that he feels he's being left behind the pace of business today.

When I asked him later that day, about what I'd overheard him say, he was almost dismissive about it and remarked that it was 'alright for me', because I happen to 'work with technology', 'some of the fun stuff' according to him. To my amusement, he seemed to have totally forgotten the fact that less than 2 years ago, I was doing a similar job to him.

So, I told him that I also find it a little bit overwhelming at times, but that I've chosen to ride the wave and see where it takes me.

His response? He told me that we both had different personalities and that with mine, I was always going to find it easier to embrace change and to try something new.

In my head, I keep coming back to that conversation, because I really don't agree. I was one of the most shy kids in school, I was smart, but not spectacularly so; and I have spent most of my life assuming that everyone else is better than me at all sorts of stuff. I definitely was the last person to volunteer for anything that might put me in the spotlight.

Yet I've done things that others have labelled 'brave' and I'm self taught at all sorts of things like social media, for example; because with two small kids, not a lot of spare cash and a very demanding day job, there's never time or money to spend on doing courses or investing in me. Plus occasionally, it is nice to work things out for yourself, especially when it can be embarrassing to admit that you've no idea how that thing that everyone else seems to get, does in fact work!

But at the root of it all, I don't believe your personality determines whether you can keep pace or whether you even want to. I think two things affect whether you do or not.

The first is one that many of us will struggle to change overnight and that's the jobs that we do, many of which run in a hierarchical manner, much like the one that my colleague does. Until more business models, especially those in the professional services sector, empower individuals to expand their skill sets beyond the core discipline or role for which they are initially recruited, it is quite probable that many of us will struggle with change, especially of the disruptive and innovative variety.

After a number of years, we are programmed to believe that we are good at what's set out in our job description, not the often diverse and potentially adaptive skill-sets that sit behind it. Take the job description away from us, and we're a beginner all over again. That's a scary thought for those that are close to, or have already reached, senior management levels on the basis of their reasonably consistent job description.

As today's leaders, we really need to better embrace skill-set diversity and individual potential. It's mutually beneficial for both individuals and the businesses they work for and in the longer term, it's more likely to keep highly talented individuals, motivated, energised and loyal to the business.

Secondly, as individuals, we need to better cultivate the right business mindset. And happily, that's not simply personality-led. It's something that any of us can work on and any time, and we should. The linked article below contains some great tips on how to do this successfully and in them, I recognise all of the elements that I follow myself and that have helped me to find confidence and courage in my career. It's not a long read, but it's a good one.

There is just one final piece of advice that I would add to Rick's article and that's to use your network wherever you can. What you can learn from other like-minded people and the support and encouragement you will find within your network, can make all the difference to whether your mindset will help you to win in business; and most importantly, to truly enjoy what you do, however fast-paced or unexpected each new working day may prove.

Only your mindset will determine how far you rise above the pack. When your competition gets tired or stuck in a rut, it’s your mindset that will keep you going -- pushing harder so that you can live to crush another day. 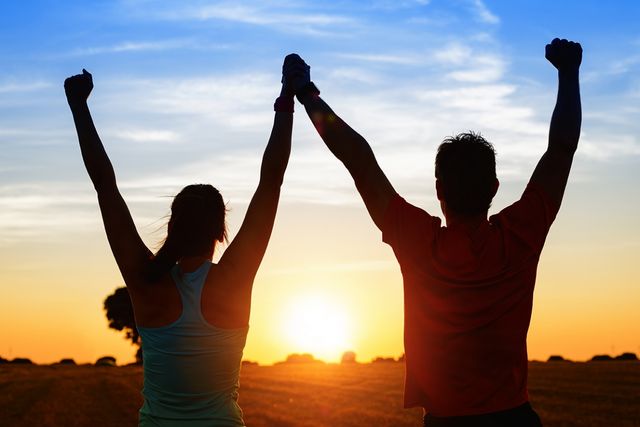 3 Ways to Create a Winning and Healthy Mindset https://t.co/Kagx7EQw1D

How to Create a Winning Mindset, to Crush the Competition https://t.co/QfSGs5aYOO