The European Court of Justice (ECJ), yesterday (14 March 2017), published its summary of a landmark judgment relating to religious symbols in the workplace. Despite what some headlines may suggest, this is a nuanced ruling and banning such symbols remains risky.

The ruling says that banning all religious, political or philosophical symbols in the workplace isn’t direct discrimination – though to ban symbols from just one religion would be.

The ruling also said that banning religious symbols would be indirect discrimination if it had a disproportionate effect on a particular religion or belief. The ECJ said that only the national court could determine that question.

Indirect discrimination will not be unlawful if it can be justified in respect of a legitimate aim. That is also for national courts to determine and the ECJ only provided what it calls “guidance”. That guidance suggests that an employer’s desire to project an image of neutrality toward its customers is a legitimate aim. However, it is possible that tribunals and courts in the UK, which historically has had a different approach to secularism than Belgium and France (where these two cases started), would interpret that aim more restrictively.

In any event, whether a ban on religious symbols is justified will always depend on all the circumstances. The ECJ suggested that banning religious symbols was most readily justifiable in customer-facing roles and that the employer should have considered offering a post not involving contact with customers.

Finally, there is tension between this case and a 2013 judgment by the European Court of Human Rights (which is a different court), Eweida v UK. In that case the court said that manifesting a religious belief is a fundamental right, partly because a healthy democratic society must tolerate pluralism. The court accepted that an employer’s wish to project a certain corporate image was also legitimate, but in that case the court held that the individual’s religious freedom had been unlawfully restricted.

So before you consider banning all religious symbols in your workplace, do make sure you apply the same rule to all viewpoints, and make sure it can be justified by reference to a pre-existing policy of religious neutrality. It is certainly safer not to ban religious symbols.

If you require further advice on these issues, you may wish to join our community; on elXtr we have guides and documents to help you navigate employment issues.

In Achbita, the European Court held that, as long as the rules are applied consistently across the board, a rule requiring staff to dress neutrally cannot constitute direct discrimination. However, the ECJ warned that a neutral dress code is potentially indirectly discriminatory. 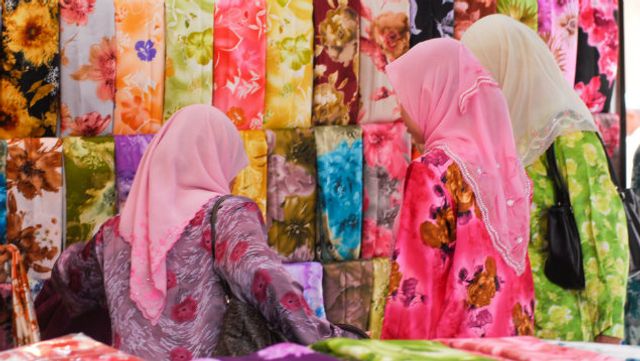